Jan Porter is one of those names that people who go fishing hear and instantly smile. He is a one of the great characters in the match and now specimen angling scene. It was very exciting when he agreed to do a feature on here.

Fingers crossed that the day we have planned on the Derwent comes off when the season starts! 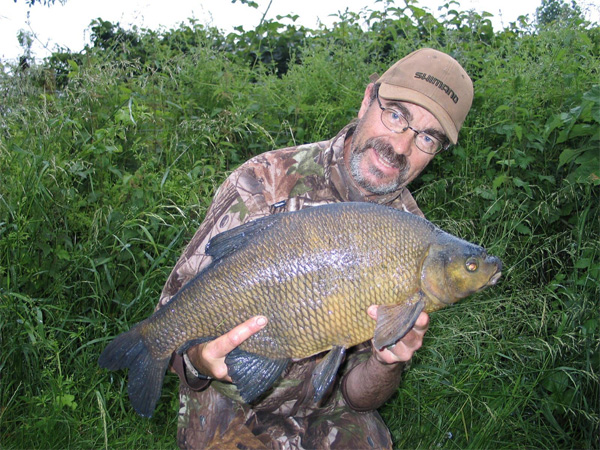 Thinking up questions for Jan was quite tricky. He was recently featured on the “A life in Angling” series by the Angling Times, you can see that interview here:

Everyone knows you have a close connection with Nottingham, do you ever get chance to fish many of the waters that you used to?

I wish I could say yes to that question, I relocated to Worcestershire & latterly Warwickshire, I love the Warks Avon & used to fish many competitions in the 80’s at Twyford Farm & Evesham. The mighty Trent keeps calling & I hope to angle at Nottingham AA’s Bestwood Duckpond again before I jump this mortal coil. My dads ashes are scattered in a memorial garden & without sounding morbid some of mine will be there too, as well as Twyford Island & peg 7 at Gunthorpe Bridge.

You have a reputation for being a real tackle hoarder. What are your most treasured items?

I’ve hundreds of treasures & precious things from my era on the match scene, my original titanium catapult rates highly as I used to make them at Rolls Royce in the 70’s out of scrap titan tubing, I thought I’d lost mine forever & when my dad Terry passed away he’d got one in his tackle box that I’d obviously passed onto him & forgotten about. It’s painted in red & was the template used in designer Trev Tomlins’ original River King catapults which I think Seymo still manufacture nearly 40 years later. I have lots of stick floats over 120 including some famous names, Dave Thomas, Dick Clegg, Dave Harrell, Max Winters, Johnny Sherwood, John Dean, John Allerton but the most coveted are my original green garden cane Pete Warren stocks of which I have 30 plus in all the sizes.

There are quite a few good deals to be had at car boot sales. What have been some of your best buys?

It’s a contentious issue as boots get a bad name for knocked off gear, don’t get me wrong there’s always an element of that & generally ‘Scallies’ can be spotted a mile away (just look at their trainers).

But I’ve bought lots of gear from angling widows and relatives of old boys who passed on. There are some real gems to be found but mainly it’s terminal tackle like stick floats, swing tips and archaic but not antique kit I head for.

I bought 20 Drennan Maggiboxes off one chap who had packed in coarse fishing for £5 & another chap who had to pack in carping gifted me with a Chris Manifold original UK made Armadillo bivvy complete with winter skin, pegs, carry bag & groundsheet for £20, it’s the army olive one & in essence an Aqua. What a bargain!

I buy lots of other stuff I bought some vintage Vietnam patch badges, for £30 and sold them to collectors in the USA for over £600, Warhammer, Tamiya stuff are other items I buy to move on plus I’ve amassed over 30 guitars (mainly electric) loads of stomp boxes and amps from boots in the last 20 years.

I also use them for my regular shopping fruit & veg & for modding my kit, less glamorous but means I get better quality locally grown produce & gear at a fraction of retail prices.

There is also a sense of community at car boots I bump into many grass roots anglers and this not only keeps me informed as the the scene but keeps my feet on the ground too, always a good thing.

I think it is great to see the Dave Harrell and the Angling Trust pushing the new Riverfest matches. What are your thoughts on river fishing at the moment?

River angling gets a bad press or rather very little as most anglers head for commercials these days, it’s easy to understand why safe places to park & fish, lots of facilities & plenty of bites guaranteed most of the time with very little walking involved. River fishing is much more about location, sometimes yomping across several fields leaving one’s car at the mercy of thieves or vandals.

There’s safety and peace of mind in numbers but on a river you’ll generally hardly see another angler off the beaten track.

There’s lots of fish to be caught on the Warks/Avon these days not just specimen fish the dace, bleak & chublets abound on certain stretches too, regular pre baiting can coax specimen fish into lots of areas but generally as it always was river angling involves much more effort & instant catching isn’t a key feature.

That’s said I still love running water & this is where I tend to fish, I’ve entered some qualifiers for the Riverfest as it happens, I’m hoping to be well enough to fish them, maybe it will be a Swan Song but I can’t think of a better way to re launch the ‘Man In Red’ persona which has been lying dormant for 2 decades & it will be a lot of fun too catching up with some old sparring partners & young blades on the scene. 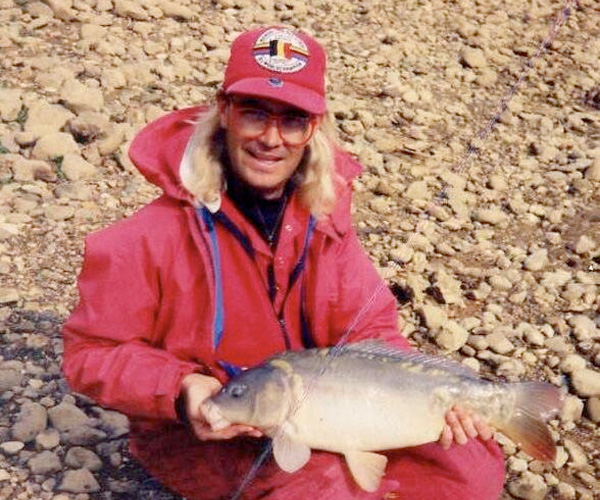 I’ve seen your #whatsinthepanjan posts on Twitter. What is your favourite fishing meal?

Cheese on toast with a dash of Worcs sauce or English Mustard & freshly ground black pepper rates very highly, but most food really as long as it has a good flavour, quality freshly prepared ingredients & the presentation looks good, I’m a bit of a dab hand at cooking but don’t go too exotic but I’ll try my hand at anything within reason.

I have no sense of taste since I started my chemotherapy in January this year so although I have plenty tried & tested recipes which I can use rather than be too adventurous and not able to taste any new creations. You can’t beat a traditional roast, lamb is my favourite meat, but Indian, Cantonese, Italian all show up on my culinary radar from time to time.

The fun is in experimentation the #whatsinthepanjan is a nod to “what’s in the wok Og?” It’s for anglers who bivvy up and want to get away from processed food or ready prepared frozen meals. There’s plenty of down time on longer sessions and when you aren’t water watching it’s a nice creative process, with little effort or skill it’s easy to knock up some on the bank “soul food”. 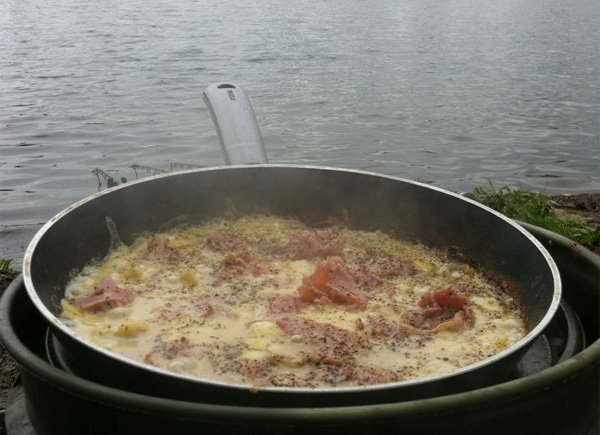 With your musical background, were you a bit gutted that Bob Nudd didn’t offer you a collaboration on “Maggots in ya catapult”?

Not really, I’m not into commercial rap but if Kid Rock or Cypress Hill had approached me I may have had my head turned.

Thanks for the interview Jan, we wish you all the best with your current treatment. If you want to keep track with Jan and send him your support, you can follow him on these links:

One thought on “Interview with Jan Porter”