Patrick Oliver runs the popular Three Rivers Angling coaching and guiding company. Based in Derbyshire they take anglers out on the Derwent, the Trent and the Dove. I’ve heard really good reports from people who have been out on trips, so it was good to get an interview with Patrick to find out more about him and his fishing. 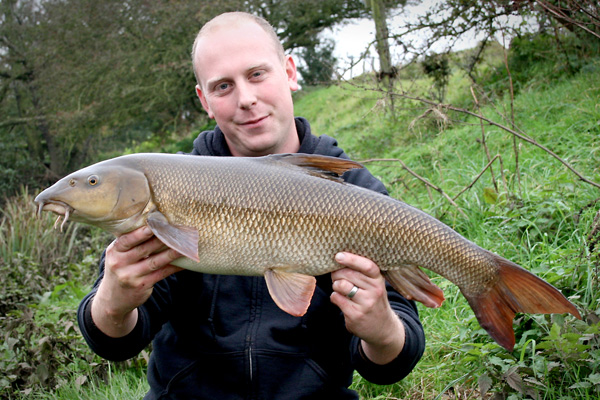 Is the angling tuition a full time job?

Three Rivers is my little hobby business and something that I really enjoy. I am normally on one of our great stretches of river coaching/guiding a couple of days a week in the main season. I also run a busy landscaping business as well as being a full time Dad to two little lads. With a 3 month close season and unpredictable weather I certainly don’t think its a viable option to be full time.

How is the business going and what makes up the main percentage of bookings?

The business is doing really well and going into our third year we already have some great bookings for next year. With some great publicity in the angling press this year and some fantastic catches and photos its been a good year all round, with plenty of good fish caught. I’ve lost count of the amount of personal best fish our clients have had. The main percentage of bookings without doubt is made up of barbel days and the roving rolling meat days are very popular.

What is your favourite venue and tactics?

That really is a difficult question as I fish so many parts of all three rivers for so many species. I would have to say the Derwent as I have had some great days on there and its only 2 mins from my house and I have a few PB’s from the river. Favourite tactics is another hard one as I love all forms of fishing and I couldn’t pick one so I will pick 3! Rolling meat for barbel, Trotting for grayling/chub with my super lightweight centrepin and perch fishing with my handmade perch bobbers and minnows!

There are some proper lumps on your site, what’s your PB Barbel?

There are some cracking fish on my website and I’ve been witness to some great barbel for both clients and friends. I’ve been lucky enough to have three different 13s and my PB currently stands at 13.10 caught a few months back. 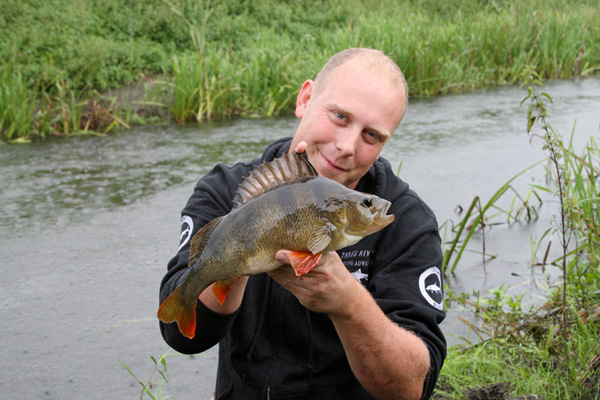 What were your tactics for the recent Earl of Harrington match you won? Did you sit tight and hold out for a barbel or did you mix things up?

I was actually targeting the perch and chub with my tip rod and a 4 swan link leger – using a lobworm for hook bait. I missed a few perch pulls early on but I always knew there was a chance of a barbel and having landed a few double figure barbel on my perch gear in recent months I knew if I did hook into one I would stand a chance of landing it. With an hour and a half of the match to go I caught the barbel that weighed 13,6! The fish was returned to the river straight away rather than put it in a net – for me keepnets and barbel in the wrong hands are a recipe for disaster!

I must have cast my worm out over hundred times before I got the bite! I was trying to get a reaction out of a fish on a very hard day and the tactic paid off! The Earl of Harrington put on a great day and we all enjoyed it and I am looking forward to the next one!

I bet you’re rubbing your hands together anticipating the next pay out! What are your plans for 2013?

Plans for 2013 include the possibility of securing our own stretch of river and to help as many people learn as much as possible about our wonderful sport and to keep the fishing as varied as possible with lots of different tactics and species.

I am also looking into doing a lot more fly fishing which will mean we can offer a 12 months of the year river service.

One thought on “Three Rivers Angling”