I’ve been using the Preston Innovations Reflo Accu Power line for the past year or so to make all of my pole rigs and hooklengths. I still have a few spools of the Reflo Power line in my box, but when they run out I’ve started replacing them with the Accu Power line instead. 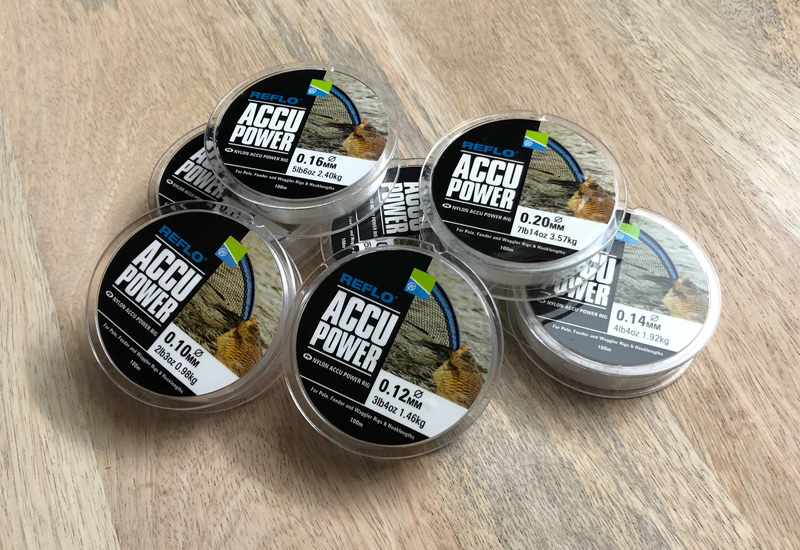 Performance wise, I’ve been impressed. For pole rigs its pretty robust. The rigs store well on winders, so even rigs that have been in the box for a while unravel as expected. Despite what people recommend, I tend to move shot a lot up and down the line – this line seems not be affected too much by that. I don’t normally fish straight through, but I don’t remember snapping any mainline through the summer. I normally use 0.18 for most of my rigs at the moment, the thinner lines are probably more delicate. Alan Scotthorne’s technique of crimping the line and then sliding shot over them helps to open up the shot slightly.

The Accu Power line works well for bomb and method hook lengths. During lockdown I tied up a load of 0.16, 0.18 and some 0.20 hook lengths to use through the summer. I did get snapped a few times, but some of those could probably have been avoided. You often know when a hook length should be changed before it breaks, but it’s just so tempting to leave it on for a bit longer! If I’ve tied a hook for bomb and pellet fishing with a push stop, a bit of rig tube to control where the hair stops, plenty of whipping down the shank and then looped off at exactly the right length – I want that to be used for as long as possible. It is a bit of a false economy though, I just need to get a lot faster at tying them! Using washing line at venues like Meadowlands or Boddingtons could be another alternative.

The breaking strains and dimensions for the Reflo Accu Power line isn’t always as easy to find as you’d think. It’s not started on the Preston website. Checking online through different shops can be a pain, especially when certain options are out of stock.

Here’s a list of each diameter with the breaking strain in pounds and kgs.

There are certain bits about line that I don’t really understand. I still haven’t quite got round to referring to line using diameter, I tend to work in breaking strain (measured in pounds). In terms of diameter, I have heard lots of different stories about stated measurements being completely inaccurate – this certainly makes comparing line between different manufacturers difficult. I remember Dave Harrell posting a few bits about some experiments he did on Facebook. Lots of people mentioned that the Preston Reflo Power line was problematic for the same reason. When a friend tells you stories about landing canal pike on a 0.10 bottom you can see some truth in it.

I wonder how much line technology with change or improve in the future? I remember in my teens fishing using the Silstar Match Team line. The diameter of the 1lb 6oz line was 0.06mm and 2lb 6oz line was 0.10mm, this offers a thinner and stronger line than the Accu Power. I remember having problems with line going curly around knots – but that was probably me not being very good with a hooktyer… 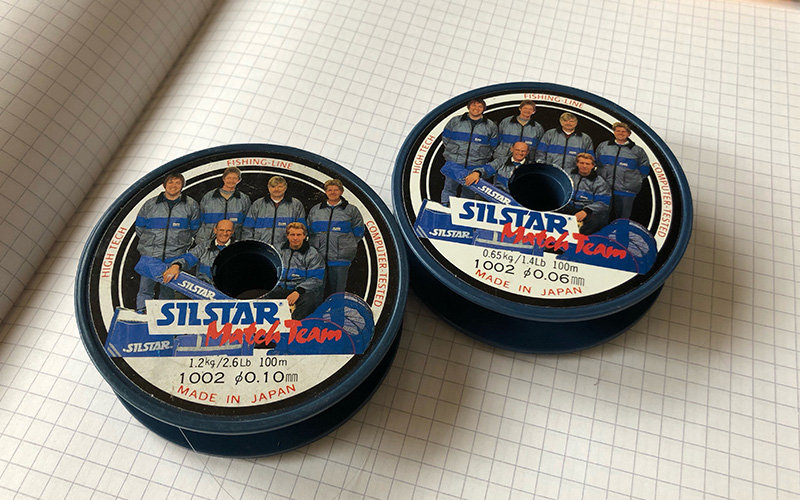 Either way, the Accu Power line is good stuff. It’s easy to buy, available in most shops. The spools are fairly small, so they fit in your box easily enough. Knots are easy to tie and seem strong. It feels really smooth when it comes off the spool – when shops were selling out of everything I bought some Martix line and that felt really rough, maybe it was a bad batch though? There’s a little cover over the spool to stop the line falling off and causing birds nests in your drawers, these work better than having to clip the line into a holder, they are too faffy, especially in winter.

Let me know if you have any other recommendations. Next year when I’ve used this lot up I might see what alternatives are out there.